Version for seniors
print out 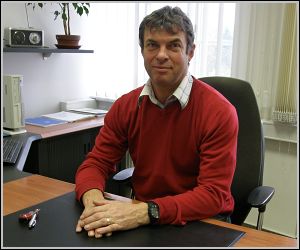 Jiří Kubina was born in Prague in 1957, but has lived in Jaroměř since he was five. He first graduated from the Vocational Training School in Opatovice nad Labem, having been trained to be a mining electrician (1976), and them from the Secondary Technical School in Jičín (1979). After his army service (1981) he worked as an electrician and then as a technical inspector and head of electricity maintenance for ZAZ Jaroměř. Since 1991 he has had his own business in the area of electric supplies. In 1993 he founded REMO Elektra s.r.o. in Jaroměř, where he is currently the managing director.

He has been married since 1981 and has six children.

The deputy mayor’s rights and obligations

The deputy mayor’s rights and obligations are specified by Act no. 128/2000 Coll.

The mayor and deputy mayor sign the town’s legal regulations.

Change in appearance, Structure of pages, print out